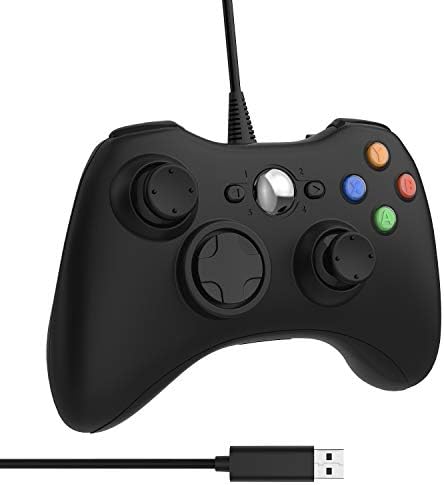 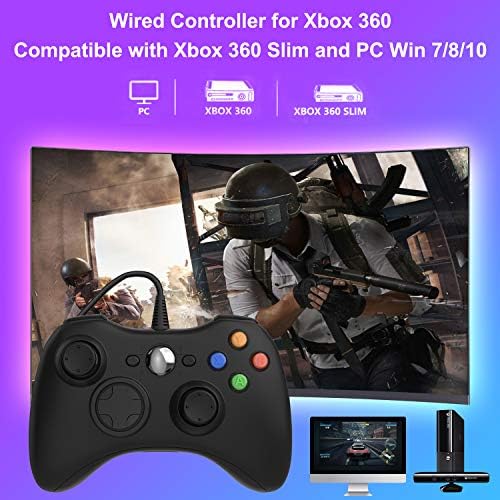 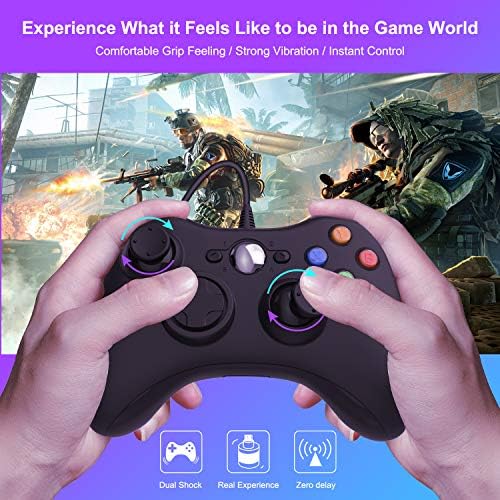 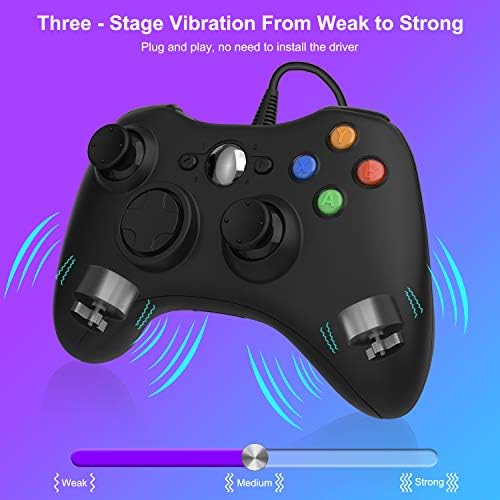 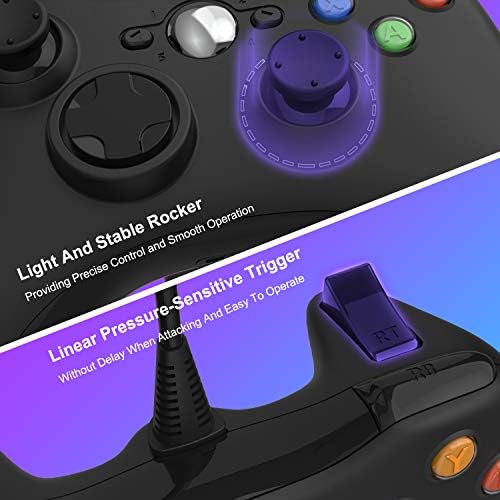 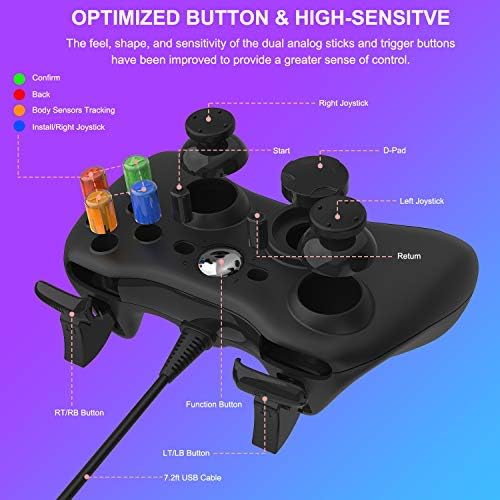 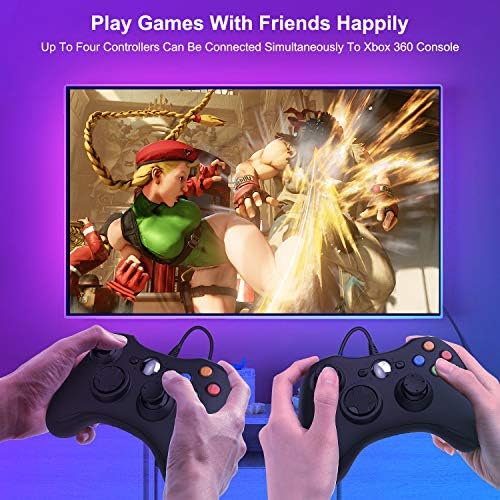 UTAWO xbox 360 wired controller is compatible with Xbox 360, Xbox 360 Slim and PC Win 7/8/10. One control can be used for multiple platforms, and it is a good replacement for your original xbox 360 controller.

UTAWO xbox 360 wired controller has two built-in vibration motors, which can give you different vibration effects according to your game impact and collision degree. A very real sense of game experience makes you immersive.

The outline of the xbox 360 wired controller is designed according to the shape of the human hand, making you more comfortable to hold. All buttons and controls make your hands very comfortable during long games.

Wired Controller for Xbox 360: Wired version controller can better provide you with a professional gaming experience.With a 7.2ft USB cable, it plugs directly into the Xbox 360 console without waiting for quick access to the game.
Broad Compatibility: It’s very simple to use.Just plug and play, no need to install the driver.The handle profile is ergonomically designed for greater comfort.This UTAWO wired controller is compatible wit XBox 360/ XBox 360 Slim and PC Windows 7 8 10.
Realistic Game Experience: UTAWO USB game controller comes with two vibration-feedback motors, two pressure-point triggers and an 8-way arrow button.Zero delay real-time control with visual and auditory experience, as if to take you into the game world.
Enjoy the game with friends: Up to 4 controllers can be connected to the console at once.360-degree joystick design, pressure-sensitive D-pad, and trigger buttons.Three levels of vibration feedback provide you and your friends with endless gaming experience.Just enjoy the game!
Buy it now: Feel free to use UTAWO Xbox 360 Wired Controller.Each wired controller has been tested.If you have any questions about the controller before or after sales, please feel free to contact us, we will respond in the first time, your satisfaction is our biggest goal!