This entrepreneur thought his business was going bankrupt and called it Desastre Café. Today it is a popular coffee shop in CDMX.

Opinions expressed by Entrepreneur contributors are their own.

Editor’s note: This story is part of our new series “Entrepreneurs like me” , in which we seek to give visibility to SME, local and business owners by telling their stories of resilience.

Many lovers of literature have been looking for the ideal place to go to devour a good book paired with a hot coffee. The same thing happened to an avid reader, Alonso Salmerón: he saw that each bookstore had its strength (be it excellent books, a quality cafeteria or a well-designed premises), but he felt that none had all the characteristics. So, despite not knowing the first thing about business, he decided to open his own coffee shop .

The first thing she had to do was find the perfect location for her book oasis. I did not want to open it in the typical places of Mexico City that are famous for their reading centers -such as the Roma, Condesa or Coyoacán neighborhood-, but I wanted to add this space to an area that really needed it. It occurred to him to look for premises in the center of Tlalpan, but there are so few commercial spaces that the rent is very expensive. It was until he found a house for sale in the Del Valle neighborhood that Alonso knew that he had to open his store there. The location was central, busy, relatively close to a subway station, and, for the entrepreneur, in a neighborhood in need of more “cultural centers”.

This is how El Desastre Café was born, a name that seeks to remember how Alonso started without experience and facing a pandemic.

“We found a house that was perfect for what we were looking for. The owner did not want to sell it because it was better for her to rent it separately, but she gave us a chance because at some point in her life she had had a similar project and it seemed like a good idea; He was very excited ”, Alonso tells us in an interview with Entrepreneur en Español . 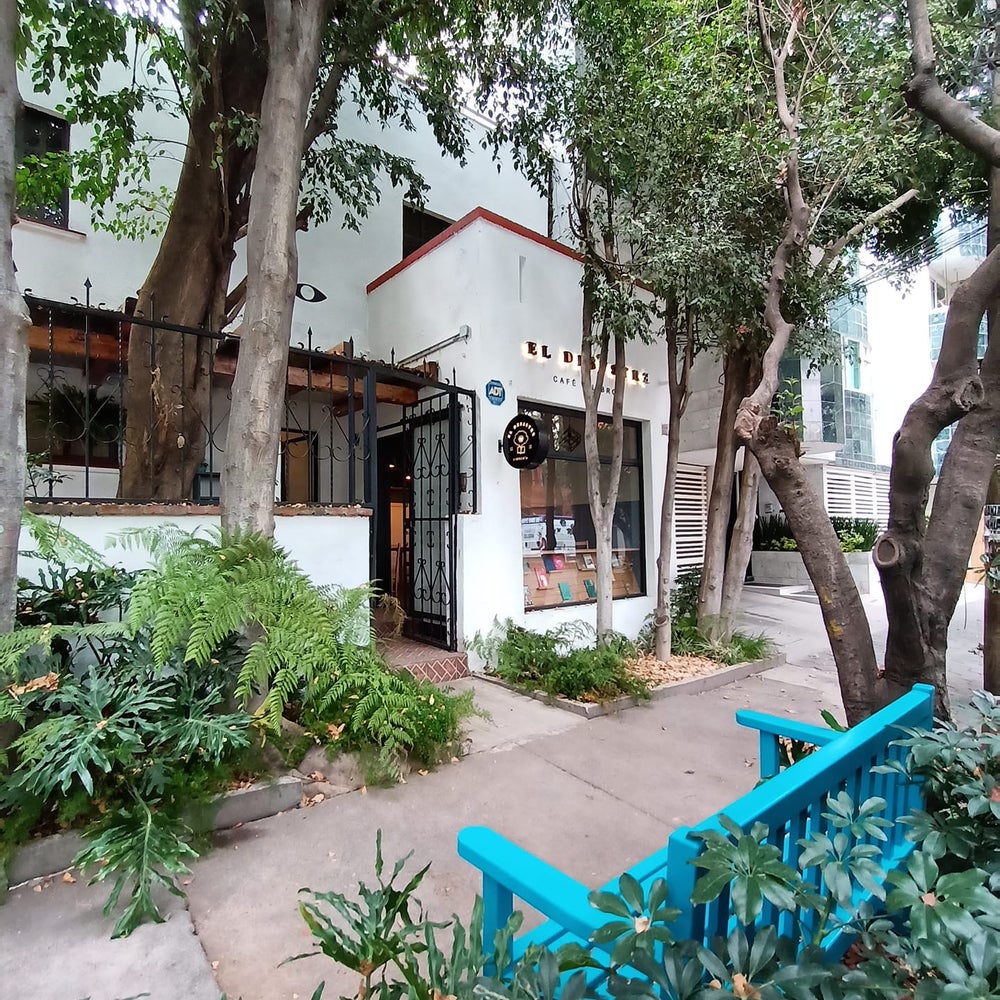 Little by little the project was carried out. Salmerón and his friends remodeled the house with a little help from an architect. He got the publishers, found a way to implement the cafeteria and run the entire premises. However, figuring out how to get the paperwork done was very tedious and complicated, especially since during the pandemic everything was encouraged, but he found a way to solve it.

The pandemic that gave meaning to the name

Lack of administrative experience was only the first problem Alonso had to face. Among the most difficult challenges he had to face were the first weeks of the COVID-19 pandemic and the second wave from October to January that caused the closure of non-essential activities, such as coffee shops. A huge blow for a project that intended to carry out events and be a meeting point for artists and clients.

Despite being in a pandemic, Alonso decided that he was not going to stay with his arms crossed and opened a Facebook page and an Instagram profile and began to make publications. Days before the opening they paid for Facebook advertising and that attracted some neighbors, but he was lucky that the right people lived in the area.

However, unlike other businesses that focused solely on a digital strategy to navigate the storm of the pandemic, Desastre Café opted for a hybrid promotion model. To attract more customers, it has also implemented different events. He has had exhibitions, courses and organized a book market where people could go to exchange books. Its founder asserts that he would like to be able to do them more often, but it requires certain conditions that are not always safe.

“We were fortunate that some writers who lived here then found out and came in the first week. They are young authors who have a lot of contact with social networks and who are constantly publishing and have a very close community that is also very faithful to this type of bookstore: small, like neighborhoods ”, Alonso tells us about word of mouth advertising. mouth and influencers received .

With a little help from your friends

Sometimes things have been a disaster for Disaster . As well as the writers who came to its facilities and who raised it one more step in the ecosystem of coffee shops in the Mexican capital, Desastre Café has also faced many obstacles in its journey. When a publisher was blocking their sales, the friend from a bookstore who had the contact decided to talk to them to help them. When he was trying to figure out how to include the cafeteria in the business, some friends closed his and sold Salomerón the machines he needed for almost half the price. Despite having no experience, Alonso was finding a way to make everything work just as he had imagined. But that series of inconveniences inspired the name of the Café Disaster.

“I was very clear that this was going to be a disaster, especially administrative. Never in my life had I not kept accounts of anything; nor mine, almost almost. But we were going to see what happened. I knew it could be a disaster and work anyway and solve everything on the fly, and see what happens, ”says Alonso. 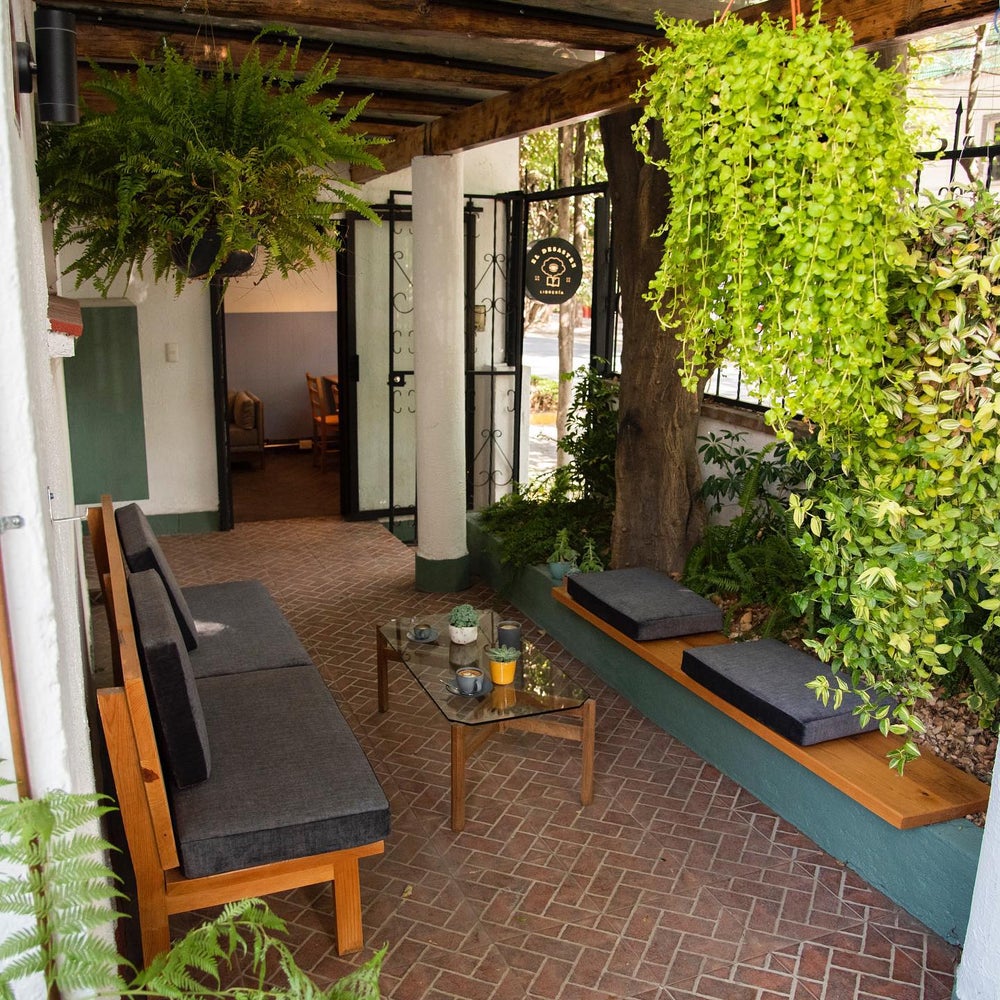 On the other hand, disaster was a word he read somewhere that came from the Greek disastron , which means “the fall of a star.” The fall could generate something good or bad. It seemed to Alonso that opening a bookstore was like the fall of a star, maybe something incredible would come out, maybe it was a catastrophe. So far, you could say that the fall of the star has brought out something incredible. The place has managed to stay afloat at times that have been very challenging for this industry, they have been able to pay all the debts and finances have not been a matter of concern. He has enjoyed being able to see that he achieved his goal with the bookstore, that this place with all the characteristics that he was looking for already exists.

“I like that you come across many very different people, but we all have something in common: literature, books. And that is always like a very friendly thing, very cool, one falls soft because he knows that there are certain interests in common. I like to see when people come back, who come frequently, because that was always the idea of coffee, when I see people who spend a lot of time here I enjoy it because I think they feel at home. ”

Do you know another good story of entrepreneurs like you and me? Tell us on our social networks!